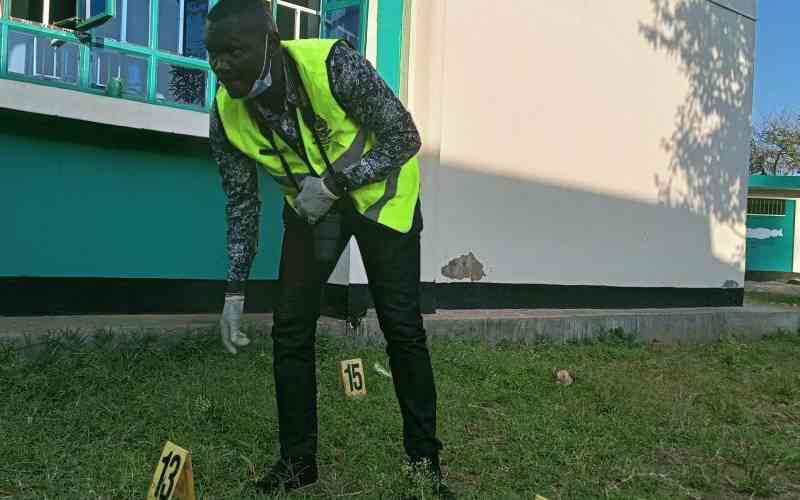 Given both party alliances’ commitments to a clean start for a justice system that still criminalises poor Kenyans, it is time to imagine what that might look like.

Previous columns have explored the colonial roots of our criminal justice system. Laws, prisons, and procedures were designed to protect powerful and privileged members of the white settler class and subjugate poor African subjects of Her Majesty the Queen. From pre-trial detention to the death penalty, sentencing, incarceration and state executions ensured that laws applied to all in theory, but disproportionally impacted those less educated, employed, and poor in practise.

The release of Clean Start’s Access to Justice report last month offers us the opportunity to see this through women’s eyes. Clean Start is a social enterprise of women former prisoners working with formerly incarcerated women and across 12 prisons.

In 2021, 65,463 prisoners occupied facilities designed for 30,000 human beings according to the KNBS Economic Survey. Just over 10 per cent of them are women. Forty-three per cent of both men and women prisoners are technically innocent as they are in detention awaiting trial or sentencing. A staggering 67 per cent of those that have been sentenced and convicted are petty offenders serving jail sentences of less than two years.

Repeated attempts to decongest prisons of petty offenders in 2012, 2016 and recent years of Covid-19 has seen the prison population reduce by roughly 6,000 inmates each time.

Like their male counterparts, many female prisoners are illiterate or semi-illiterate, come from poor backgrounds and were denied the benefit of legal advice or representation upon arrest. Among them are single mothers whose families plunge into crisis in their absence leaving physical and financial uncertainty and insecurity for their children. Most of their sentences will be petty offences of brewing or selling illicit alcohol, loitering with the intent to offer sex and trading without a licence. Their economic and social independence restricted, the risks of sexism-based intimidation and abuse increase.

The Clean Start findings suggest clear recommendations for the National Council on the Administration of Justice, national and county legislative assemblies and executives. They note that safety, hygiene, respect for religious observance and visitation rights among other reforms, have improved for women.

However, more policy reforms and public resources are required to bring Kenyan jails to the level of the United Nations Standard Minimum Rules for the Treatment of Prisoners.

Nicknamed the “Nelson Mandela Rules” after one of the world’s most famous prisoners, the rules are anchored in the logic of prisons as correctional centres, not places of abandonment.

Investment in prison blocks and infrastructure that separates women, children, petty offenders, inter-sex persons and others who identify themselves as non-binary is needed.

Custodial sentences alternatives such as community service, fines, conditional discharges, suspended sentences and victim compensation must be more actively pursued. It is revealing that 62 per cent of the women Clean Start interviewed for their study, did not know these alternatives existed.

While a national government function, both incoming national and county governments must invest in prison aftercare and livelihood opportunities. Only this will break the cycle of inter-generational prison families and reduce crime.

Given the growing number of Kenyans against the death penalty according to a recent KNCHR study, is not also time Kenya considers joining the other 144 nations who have abolished this colonial and largely anti-poor statute?

Both Kenya Kwanza and Azimio la Umoja’s manifestos are framed towards a corrective justice system rather than a criminal justice system.

As the Supreme Court settles flames from the fire of the elections, recommendations of the Clean Start report offer new clarity and are an important boost for prison reform.

We must press incoming national and county administrations and assemblies to seize the opportunity before them in their first 100 days.

First published in The Standard on 20th August, 2022. Kindly reproduced here with permission from the Standard.

Our Story
Our Team